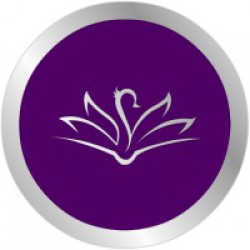 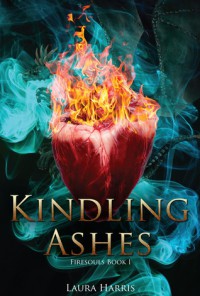 Last week, I reviewed Clash of Eagles which is a historical fiction.

So, this week, apparently my To-Be-Read Jar decided for me to go on the other side of the spectrum : fantasy.

And this fantasy novel has the one thing that I love and adore most all -- dragons.

I am a sucker for dragons so when I read this summary (months and months ago when I made my jar) I was excited to read it. Unfortunately (or not, matters on how you look at it), it was such a good read that I read in one complete day. Does anybody else love/hate when that happens?

Quick summary. Small spoilers afoot!  In Kindling Ashes, you follow along with two main protagonist on either side of the Dragon War. A young gold smuggler by the name of Giselle and a young boy named Corran. Giselle is a young teen just trying to survive on the streets of Tyrun after being thrown out of her house because everyone around her thought that she was processed because she talks to herself. Corran, on the other hand, is the youngest son of Lord Huwcyn who was a mighty Dragonslayer in the war. How these two's lives intertwined...well, I guess you'll just have to buy the book to find out.

Now comes the point of the review where I foam at the mouth and babble on how much I loved this novel. This book, I honestly was expecting something that I would enjoy but wouldn't fall head-over-heels for. I was wrong. I fell in love with Giselle's and her "Voice's" relationship. It was so cute and you could tell that they truly cared for each other and didn't want to part -- even though they had to. Corran, admittedly, was my hated character for the first half of this book. But, if anyone deserves a character progression reward its him. Throughout the novel, you read his struggle with his upbringings and the truths that are being presented to him. It was thoroughly interesting to watch him have to face fact and figure out how to right his wrongs at the end of the novel. There's another character that I also loved that is correlated to Corran but I don't want to spoil that part of the novel, so any other readers want to talk to me about it, comment below.

Also, I would love to give props to Harris for not making this a romance story. My biggest worry when I read the summary was that Giselle and Corran would fall in love and everything would be right in the world; but, thank goodness Harris didn't go down that path.

Overall, I (obviously) give this book a 10 out of 10. Awesome fantasy book. Breathtaking cover art. Well written characters. What else do you need?

Best part about this? This is only part one.

The second novel Fanning Flames is set to come out sometime in 2015.